We don’t take ourselves to seriously at Samui Football Golf and so have provided an alternative and funny guide to Koh Samui which we hope will leave you laughing and put you in the right frame of mind for your visit to the Land of Smiles.

Our Guide To Holidaying
On The Island of Koh Samui 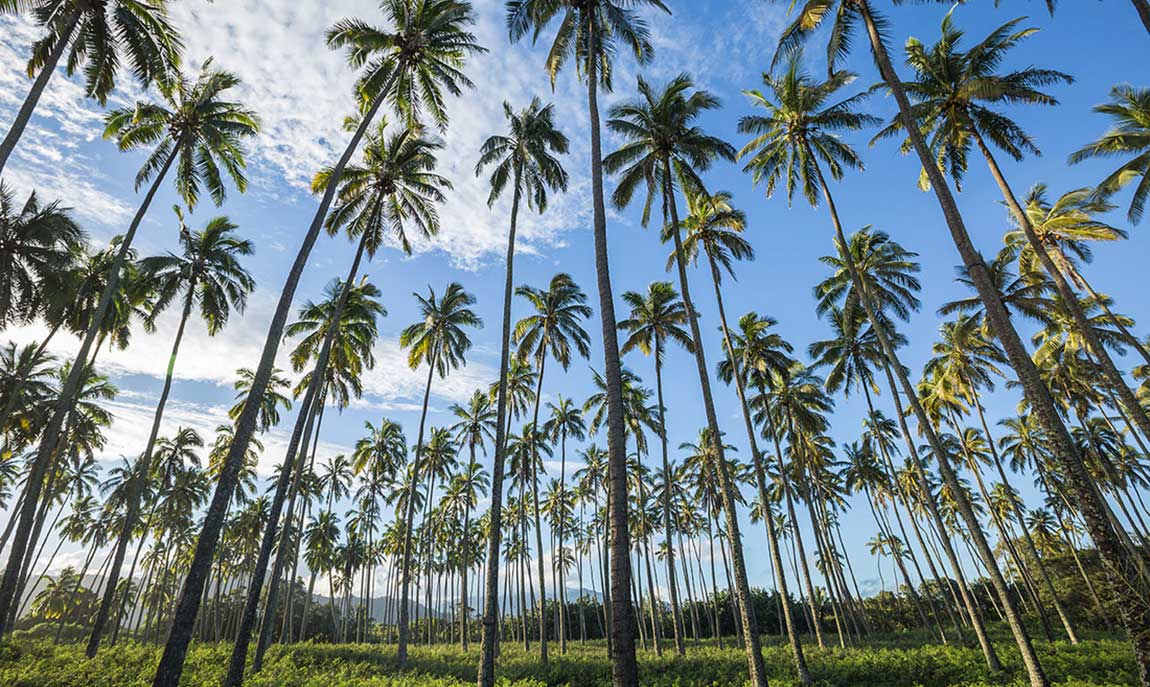 The official province motto of Koh Samui is "FOUR!!!! Mind your head!" an old expression used long ago by the local population in the coconut plantations as a warning to people in danger of being hit on the head by a falling coconut. Now and then local people often still bandy about this old phrase, but these days the "FOUR!" is followed by "…HUNDRED BAHT NO TURN ON TAXI METER!". 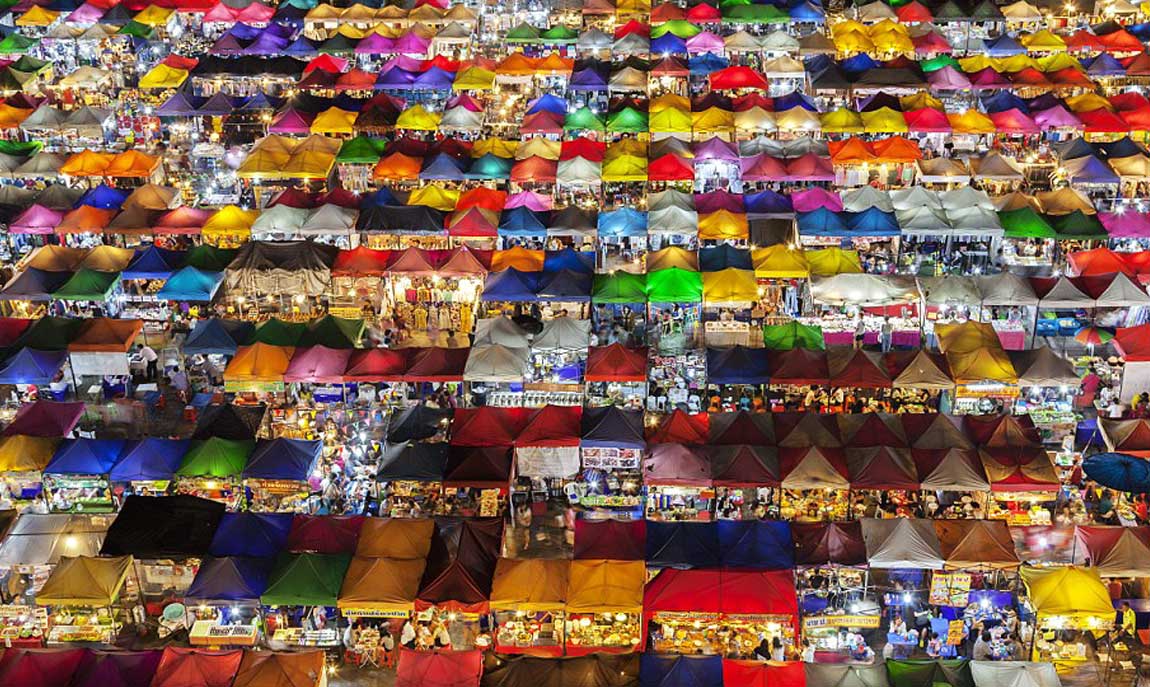 There are two major schools of thought when it comes to shopping in Koh Samui. The woman’s school of thought and the man’s. The woman’s method involves maximizing room for cheap shoes and handbags on the return plane home by arriving in Koh Samui wearing only a piece of string and two small stickers, while at the same time reluctantly carrying a bottle of shampoo. Samui Football Golf Top Tip For Men: Bravely purchase no more than six DVD’s (320g), items that conveniently fit inside handbags and down the sides of shoe boxes. 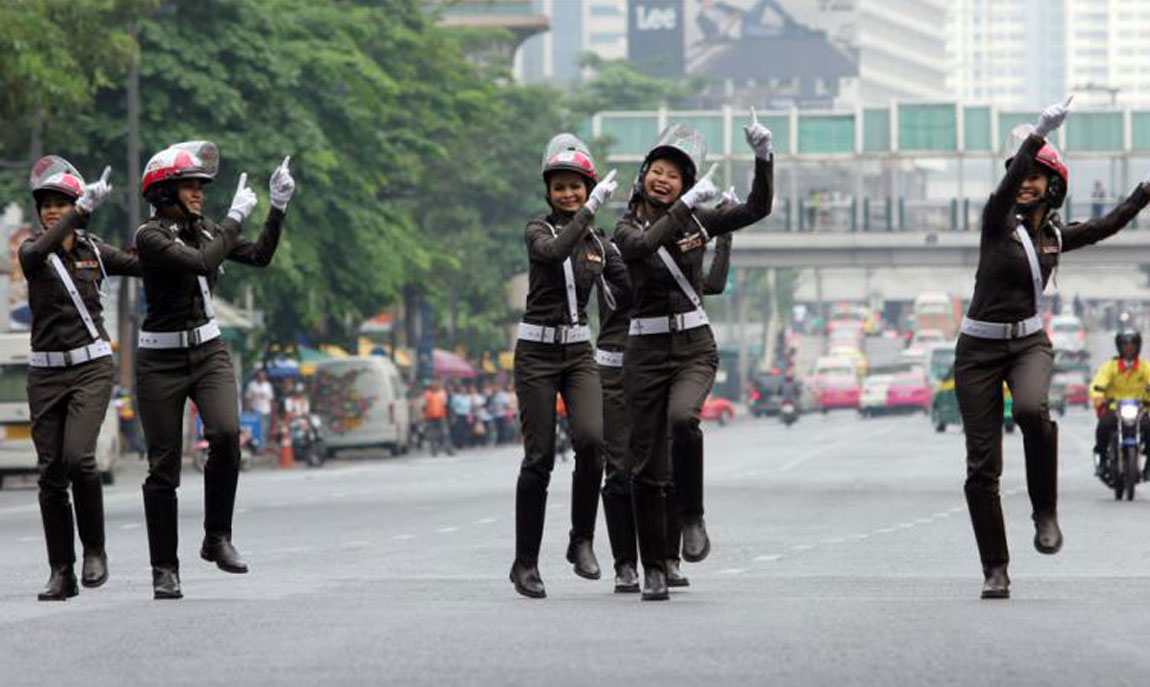 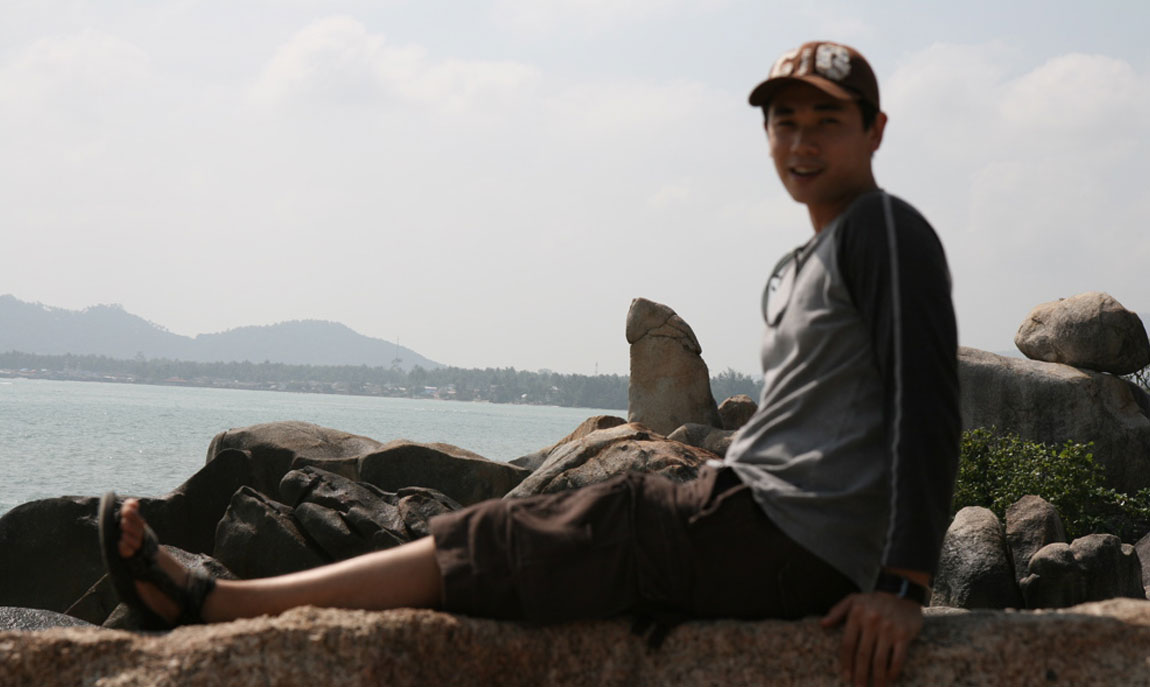 No trip to Koh Samui is complete without a visit to the ancient Grandmother and Grandfather rock formations at Lamai beach. When hearing of the names, some people expect to see rocks in the shape of false teeth and a walking stick but are in fact greeted with perfect formations of the human genitals. One rock sculptured in the shape of a woman’s vagina and the other in the shape of George Bush. 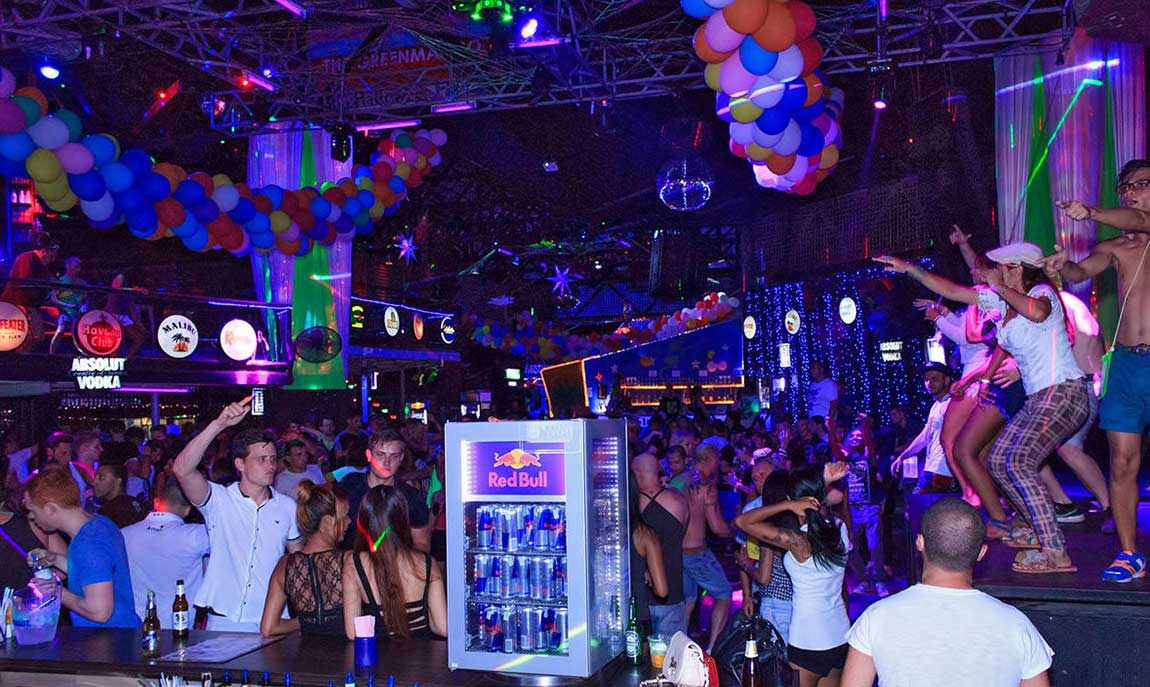 If your accompanied by a teenage son and are presented with a familiar dilemma common for many a parent on holiday in Koh Samui, you will need advice on what to do concerning Go Go Girl bars. This Sami Football Golf text book answer will help all Fathers on holiday who may encounter this problem.

Dad: “Ok troops where do you wanna go tonight?

Dad: “Hey son those days have gone gone , that’s never gonna happen, no way, not in a million years. How about a game of crazy-golf instead?”

Son: (Now Age 12 and rapidly approaching puberty at the speed of light since coming to Koh Samui,) Nah come on Dad! Whattabout, a girly show!

Dad: Ahhhhh O.k. son you win, let’s get some receipts from crazy golf first to show your Mum tomorrow. 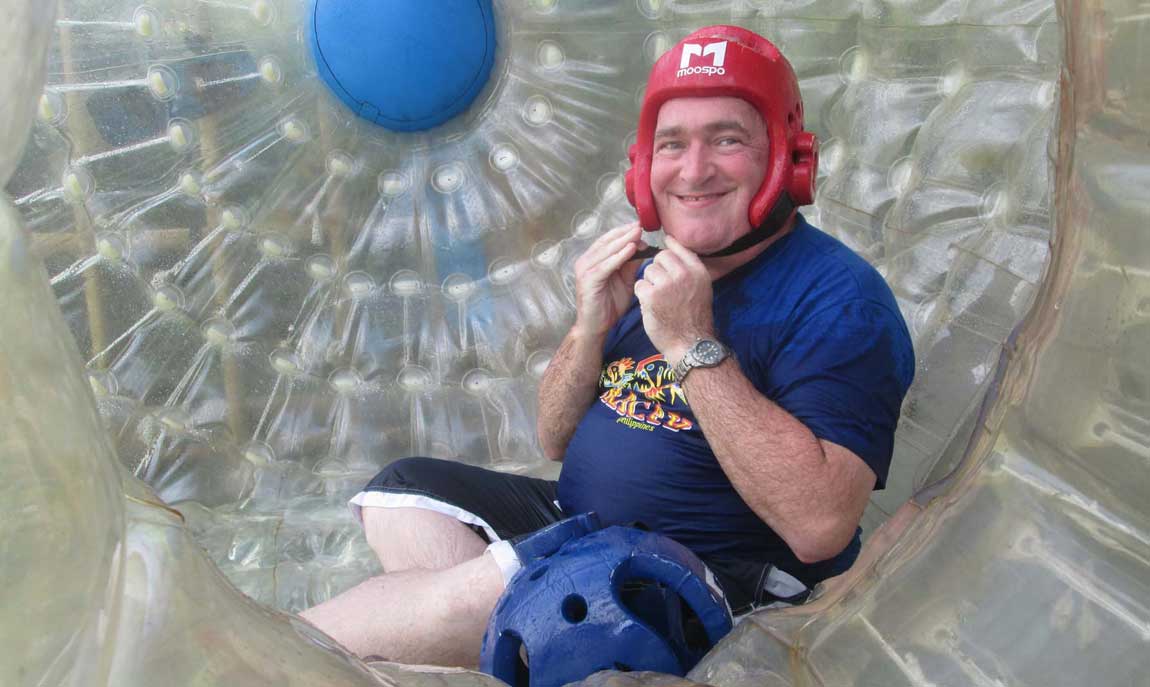 For something wacky, new and fun, try either the Samui Waterball or Samui Football Golf. Going inside the Waterball is the closest you’ll ever be to being back inside your Mum. They put you in a ball, throw in some buckets of water and then roll you down the hill at 20pmh. Samui Football Golf Top Tip: If you are afraid to go inside the ball, ask for a discount and see if you can run in front of it instead. This MGM studios Indiana Jones Raiders of the Lost Ark experience can be a fulfilling and rewarding experience but you must deposit your plane ticket at the reception, so someone can use it later. 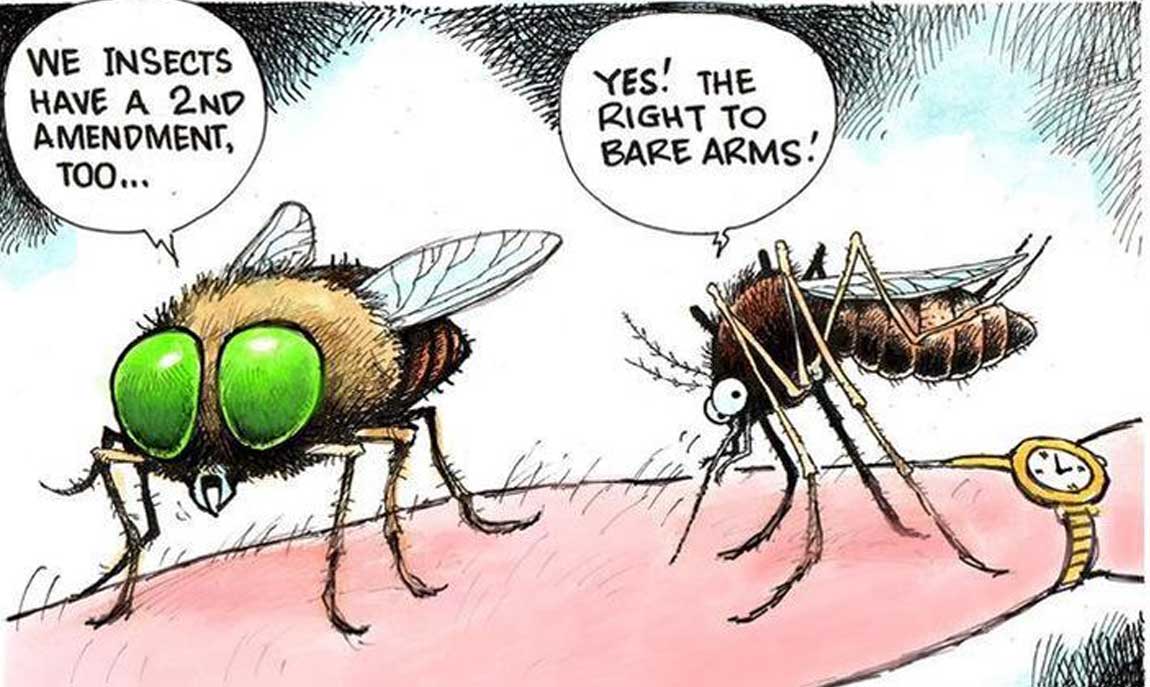 In a typical evening in Koh Samui you will be regularly confronted by swarms of blood sucking vampires, also affectionately known in the guidebooks as mosquitoes. These little pests don’t really have any toes attached to their feet but do have giant syringes strapped to their heads and will attempt to suck out the very substance that supports life in all of us on holiday; Beer.

Buy a plastic squatter, take it out during the evening and squat anything that moves around you, including persistent tailors who have now developed resistance to many forms of drugs and also all forms of “No Thankyou”. Note conversation below

Tailor: Excuse me Sir. Would you be liking a……

Tailor: Never mind Sir. It seems you have been broking my nose. 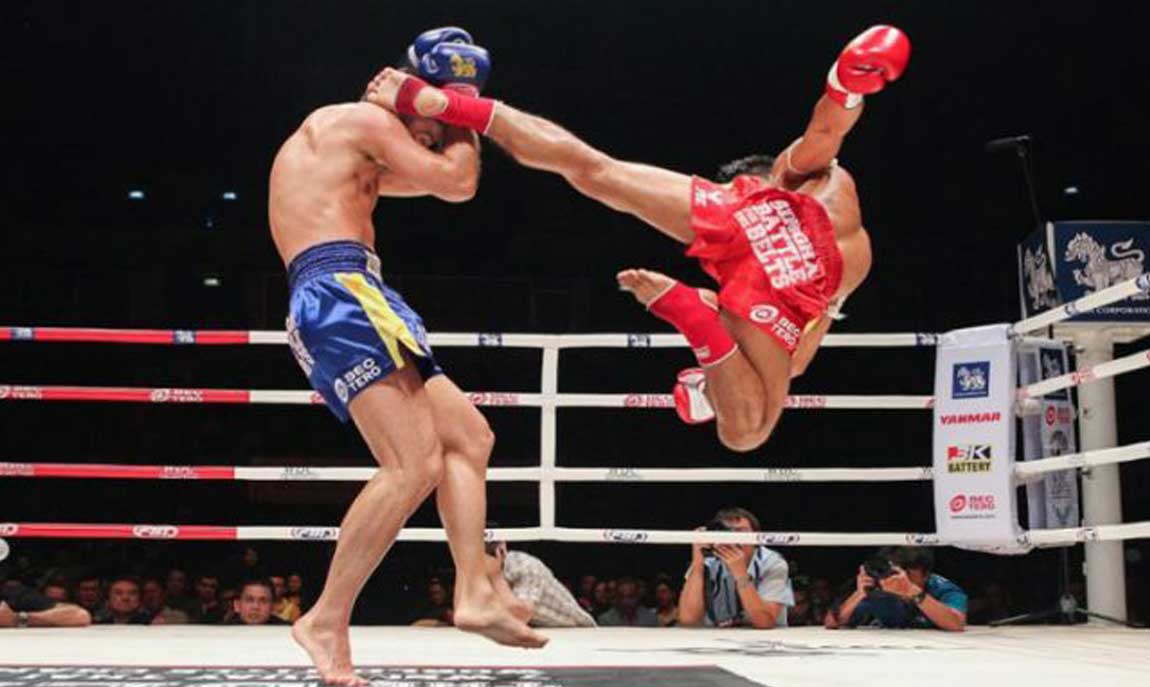 If you’ve been in Koh Samui for about thirty seconds, you’ll already have heard the noisy advertising trucks driving around the island trying to catch tourists attention for Thai boxing, while at the same time attempting to avoid incoming rocket fire. The truth is, such elaborate marketing isn’t necessary as there are usually packed houses eager and ready to watch the finest Bangkok champion against a “European Van Damme”. The European contender is nearly always an unsuspecting Belgian or Dutchman found holidaying on the beach and dipping his fries into mustard, like all good citizens from that area. They are then offered to participate in “The Amazing Thailand Mustard Competition” which involves answering a complex general knowledge question, such as What is the Capital of Belgium? If they’re correct, the participant is taken off to the “Chaweng Convention Centre”, where they are told in front of a blood thirsty crowd to get on the “stage” and collect their prize of a years free supply of mustard from the friendly local guy who is wearing only blue shorts, a white head band and has a serious circulation problem in his hands. Samui Football Golf Top Tip: Don’t put mustard on your fries in Koh Samui! 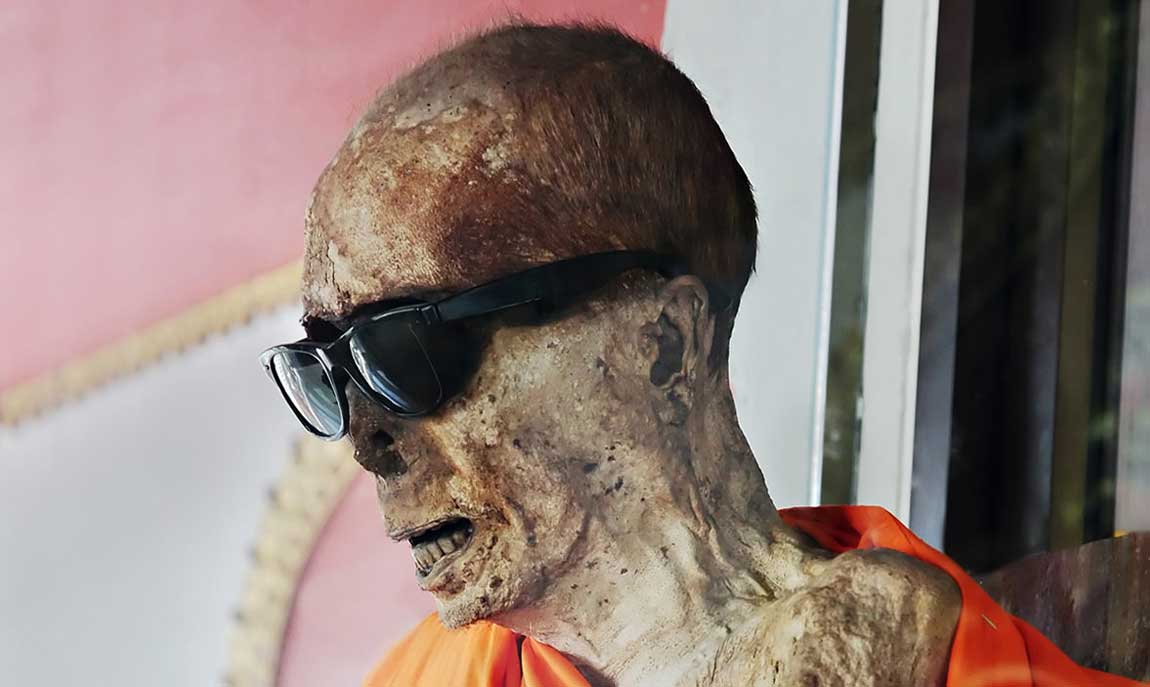 Take a trip to see the preserved Mummified Monk, an attraction named by UNESCO and Samui Football Golf as one of the seven unnatural wonders of the world. The timeless look of the monk has been wonderfully preserved through the use of Rayband sunglasses, which makes him look 15 years younger, and also Formaldehyde, which makes him look like Michael Jackson. 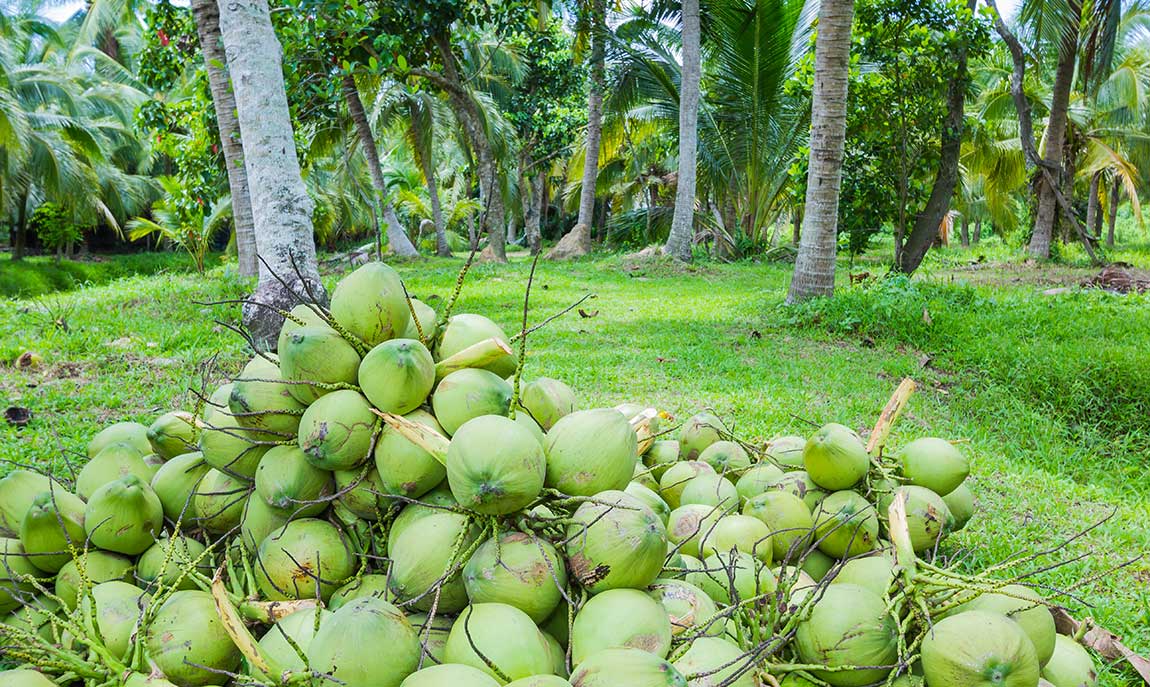 For people who are quite happy to spend their time staring at greenery engaging in photosynthesis, Koh Samui is ideal for this and can often leave nature lovers so giddy with excitement that they just want to roll around in the exotic hotel gardens pig-like and naked instead of sunbathing on the beach. There are also thousands of square kilometers of jungle inland in which do this but be careful as there are monkeys in there which might climb up your leg and grab hold of your “coconuts”. Samui Football Golf Top Tip: On excursions to the jungle, people have been known to dehydrate to death within three minutes of turning off the car air conditioning system, so always take Nivea moisturizing lotion with you and apply at least eight bottles a day.